Stumpwork uses mixed media, such as beads, to create three dimensional scenes within a piece of embroidery.

Also known as raised work or embossed work, stumpwork was only coined when the Victorians renewed its popularity. Not to be confused with applique, the various elements of stumpwork are often worked off the frame in the form of slips and then attached to create the final piece. Mixed media – beads, broken jewellery, shells – are incorporated to create three dimensional scenes.

It was first seen as a status symbol in the 17th century, when it was used on boxes and mirror frames. Much like crewelwork the images depicted were usually fantastic and lacked scale or perspective. Much of the work was sewn by young girls who were perfecting their embroidery skills. 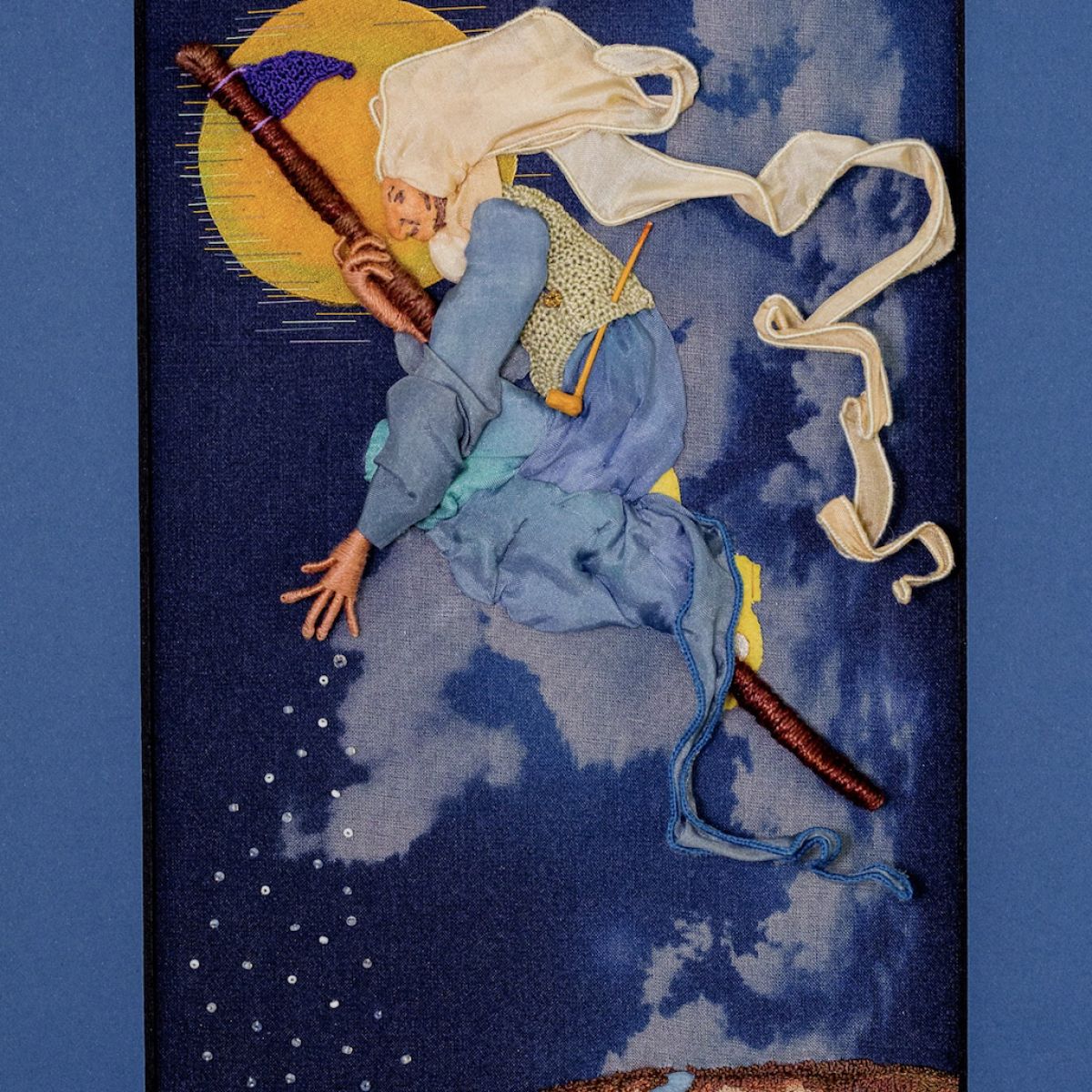 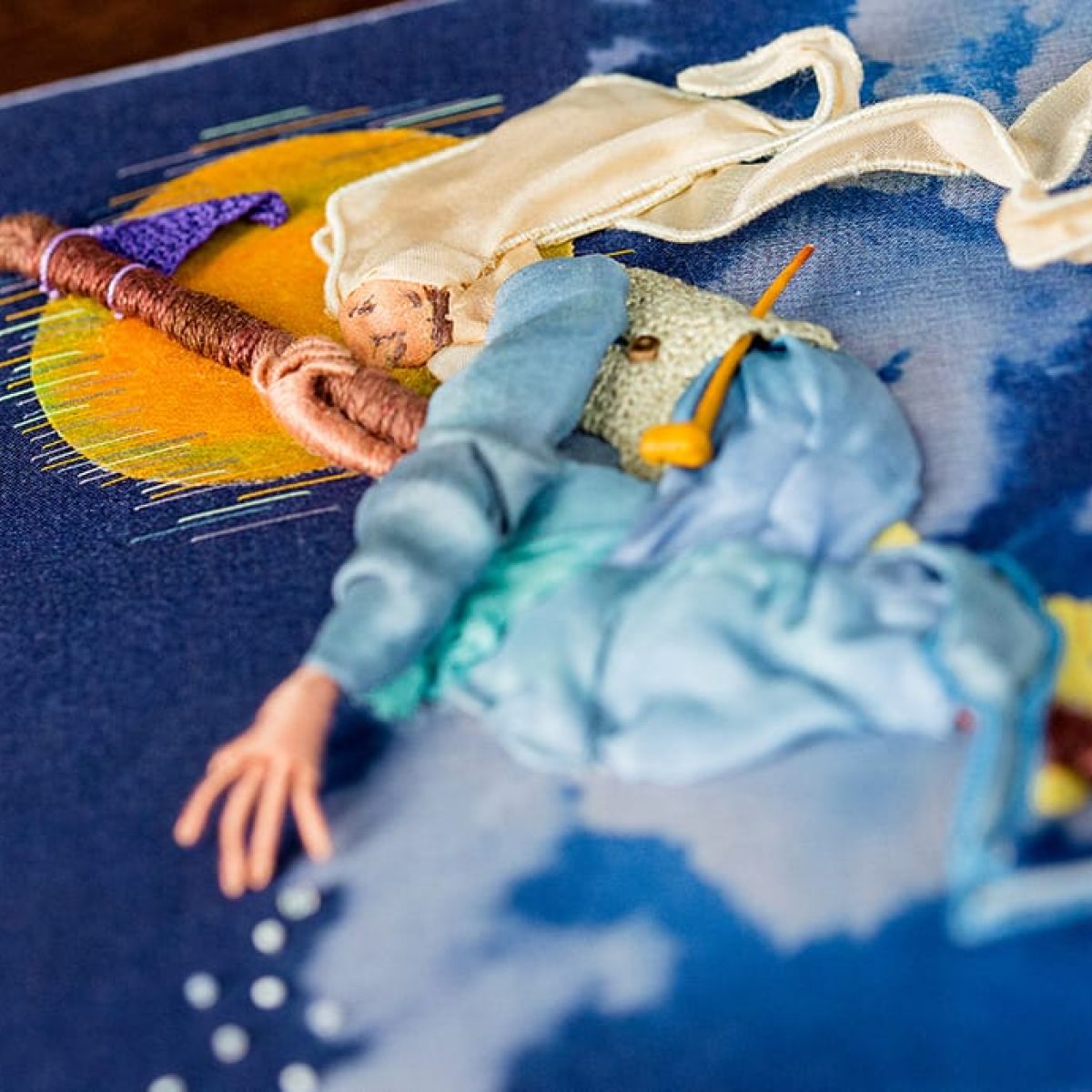